The terrible reality of fat shaming 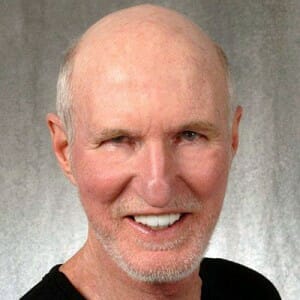 I’m not much of a hero worshipper — never have been. There was Mickey Mantle when I was a youngster in the 1950s, and I’ve been a fan of Milton Teagle (Richard) Simmons ever since he opened his gym in Beverly Hills in the 1980s, but other than that, I’m hard-pressed to think of another hero — until recently.

My new fitness hero isn’t the inventor of P90X, Insanity or CrossFit. My new hero is Mandi Holden, manager of Anytime Fitness, a health club in Reno, Nev. Holden rocketed to internet fame on May 25 when she posted a video on Facebook in response to being fat shamed by a man touring her gym. The prospective member, knowing nothing about Holden, made a comment about her weight saying, “Well, it doesn’t look like she works out very much.” Little did the man know that Holden had joined the gym in 2014 weighing in at 420 pounds, of which she has lost 120 pounds.

Holden, who was on the phone at the time, decided not to pretend that she didn’t hear the comment. When the guest returned to discuss membership options, Holden told him, “I just want to let you know it looks like I don’t work out very much but that’s because you did not see where I started from. Don’t judge a book by its cover. We don’t judge people by how they look here because you might be surprised.”

Later, she retreated to the facility’s utility closet and filmed an emotional seven-minute video on fat shaming that has gone viral with more than 270,000 views to date. In an interview with Yahoo Lifestyle, Holden said, “Our members here are all kinds of shapes, sizes and orientations. It’s really important for them to feel safe and that they’re not going to be made fun of.”

Welcome to the world of fat shaming, where many assume overweight people are lazy and slovenly without having a clue to possible underlying reasons — medical, emotional or situational — for their weight gain. In a culture where photoshopped and airbrushed images of surreal women and buffed-out men are the norm, fat shaming is epidemic.

The website Bullying Statistics defines fat shaming as “an act in which individuals are judged negatively based on their physical appearance. Generally, men and women are fat-shamed if they appear ‘overweight’ or don’t fit the idyllic image of thin and beautiful.” Research has shown that fat shaming makes a lasting impression both psychologically and physically.

A new study reported on health.com found that overweight women who believe negative messages about their bodies are at greater risk for heart disease and diabetes. The research, published in the journal Obesity, showed that women with higher levels of “weight-bias internalization” were associated with an increased incidence of metabolic syndrome, as well as having six times the risk of high triglycerides. In addition, fat-shaming experiences can lead to increased inflammation and stress-hormones in the body and, not surprisingly, depression.

The truly sad tale is that — not only is fat shaming deleterious — it doesn’t work. A recent study of 2,944 people over the age of 50 at the University of London found that those who reported weight bullying not only had a greatly reduced chance of weight loss, they actually tended to gain weight becoming obese. An article in Psychology Today states that obesity is not a choice but rather is a complex socioeconomic, psychological and physiological phenomenon. And here’s my two cents — thin is not the same thing as fit.

If you have seven minutes to invest to explore the impact of fat shaming, check out Mandi Holden’s video at yahoo.com/lifestyle/gym-manager-respondsfat-shamer-viral-video-show-kindness-201908777.html. I think you’ll see why she’s my hero.

Cord Prettyman is a certified Master Personal Trainer and owner of Absolute Workout Fitness and Post-Re-hab Studio in Woodland Park. He can be reached at 687-7437, cordprettyman@msn.com. Visit cordprettyman.com for more information.

“I have been working out with Cord for about a year and a half.  Two years ago I was so out of shape and exhausted all the time that I had to hire someone to pot my flower pots.  I just potted 40 flower pots and my husband could not believe my strength and stamina.  I am now  what Cord calls “functionally fit” and it feels great.  Thanks to Cord’s expertise I continue to get even more  fit and healthy!”

“I have struggled with CFIDS (chronic fatigue immune deficiency syndrome) since 1998. I accepted the fact I would never be physically active again. That changed when I meet Cord in 2004. I have now progressed to a level where I am doing age-appropriate workouts. Cord has changed my life! He can change yours too. Do it!”

“Cord works with his clients to establish a program that helps attain each client’s objectives. He constantly teaches – proper form, reason for the exercise, etc. Results are measured and feedback is solicited. Safety is always primary. He is careful, thorough, and encouraging. He will make your life better!”

“When I came to Cord Prettyman’s studio twelve years ago as a stressed-out, out-of-shape former college athlete, my goal was simply to get my body whipped back in shape by a personal trainer. While that did happen, what Cord really provided for me were the tools to manage my time, my stress and my goals. For me, Cord’s title of “personal trainer” has transformed into “life coach”. He’s simply the best!”

“I would like to take this opportunity to thank you for the tremendous job you did in helping me achieve my goal of running the Pikes Peak Ascent in 3 hours and 32 minutes. Without your vast experience, expertise and ability to inspire and motivate, I believe my task would have been significantly more difficult. You are a true professional and I would not trade my experience for anything. You touch peoples’ lives in a positive way and that is a good thing.”

“Cord Prettyman at Absolute Workout has been my trainer for approximately six years. I began seeing him because I needed a workout program to use after my second hip replacement (third major surgery). Cord helped me slowly regain my strength and get to the point that I was working out every day. Since then, Cord has helped me recover from two more major back surgeries. While pushing me to improve, Cord has also been extremely patient in helping me gain strength gradually. He listens when I tell him an exercise is beginning to hurt, and often changes a program on the spot to meet my needs. At this point, I don’t know what I’d do without Cord, both as a trainer and a good friend.”

“Cord has been my personal trainer for many years. He is motivating and extremely knowledgeable. The program is tailored to my fitness goals and physical needs. He’s communicated with my doctor, provided rehab after surgery and injury, and organized detailed action plans for home follow-up. Best of all, Cord provides a challenging program in an atmosphere of encouragement, accountability, and ongoing support. He is absolutely the best!”

“When I first came to Cord I was in pretty bad health. I knew it was going to be hard to regain what I had lost, but with Cord’s genius ability to create workout programs along with his guidance I actually began feeling better far sooner than I, or my doctor, thought possible. Cord not only helped me regain my health he also helped me achieve strength and muscle gains that I never thought possible by working out only 2 times a week for an hour each time no less. I’m going on 3 years now working with Cord and have to say I’d be very reluctant to consider changing course with any other trainer out there.”

“One month after I moved to Woodland Park in 1999 I began training with Cord. Over the years Cord has taught me the value of exercise. Each session is tailored to my needs and I am amazed at how many different exercises he has had me do! I was a “kid” of 55 when I started with Cord. Now that I am in my 70’s I appreciate him even more as he has kept me active at a time when many people are slowing down.”

“I have been working with Cord for over five years. He has the patience of “Job”. He supports and encourages without being judgmental or pressuring. Each client is treated individually with programs that meet their specific needs. I am still a “work in progress,” but with Cord’s assistance I will get there.”

“I have been working out with Cord for 12 years and I can honestly say that his knowledge and expertise in the fitness industry is above reproach. Cord works for his clients to help them achieve their ultimate fitness goals. He is a cheerleader, coach, and mentor and over the years has become a very dear friend. If you are looking for the best gym in the Pikes Peak region Absolute Workout is it!”